When Being Strong is Your Only Choice 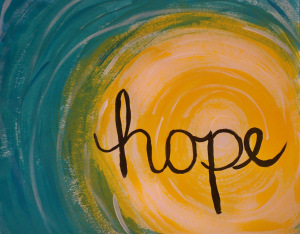 You never know how strong you are until being strong is your only choice. These words ring true for Naomi Saforo, a mother of three. As a single parent, she has had to be strong every day for her children and herself.  But when times became harder, she started losing her strength.

In 2013, after a series of hardships, Naomi found herself homeless for the first time.  Not knowing who to turn to for help, she reached out to the Virginia Williams Family Resource Center to figure out the next steps. She took a risk and turned down the option of staying at a homeless shelter and instead decided to try to secure employment; a risk she later says “paid off tremendously.”

Naomi worked to support her family while searching for stable housing. She stayed intermittently with family, friends, and with the father of her child, until he became abusive towards her. Naomi knew she needed to leave to protect her safety and sanity.

How could she find strength when her circumstances were so discouraging?

In the summer of 2016, Naomi regained her strength and hope when she and her three children signed a lease to their own apartment through Community of Hope’s Rapid Rehousing program!  This program provides short-term rental and utility assistance – along with case management – to families experiencing homelessness. Naomi recalls how the personal and financial struggles tested her faith but made her a more patient person. She credits her case manager for the support and considers Community of Hope an extended family.

“Coming from where I’m from – being homeless, sad, and not having a support system – I know that I would never have to go through that again with their help.”

Naomi’s kids are her biggest motivations and encourage her to meet the goals she sets for herself. With the help of her case manager, Naomi created a budget, managed bills, and located employment and community resources.  Naomi’s primary goal was to find and maintain full-time employment-- she reached that milestone last August.   Naomi is presently providing excellent customer service at a local Starbucks. Within two months of starting her new job, Naomi has already been promoted to supervisor!   Naomi says that without the support from Community of Hope, she would not have been able to find the strength she needed to pick up the pieces and start this new chapter in her life.

“It’s a good feeling to know that someone has incredible faith in you. That’s what they [Community of Hope] gave me. When you’re thankful, you can be so happy.”

Since connecting with Community of Hope, Naomi’s life has changed. Having financial and housing stability has given her the confidence and strength she needs to create a safe and fulfilling life for her family. We have no doubt that Naomi will continue to be a model of courage and hope to her family and community.