From Trauma to Triumph 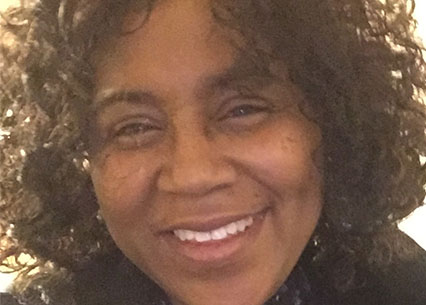 The day Star Douglas and her son moved into their new apartment was full of gratitude. “I felt a massive amount of relief when we moved into our place. A whole world of pain was released off of my shoulders.” The pain for Star started when she was just a child. Her mother abandoned her and then her father sold her to a stranger so he could pursue a career in music. For the next few years, Star was subjected to neglect, mistreatment, and abuse. When her father returned and took her to live with her grandmother, she thought things would finally get better. Sadly, they only got worse. Star continued to be abused by her family. “The pain was too great for me. I wanted to escape all the way out.”

Star later became a teenage mom and a cycle of housing instability continued. Many nights were spent staying with friends and in motels. She even made a sacrifice to stay in an abusive relationship so that her family would have a place to sleep. After a while, the mental and physical abuse became too much to bare - she had to get out. “Sometimes you’ve got to be your own hero, especially in domestic violence. It’s life or death. I chose life.” Star was able to escape that situation and secured another place to stay. However, that was short-lived due to a dispute with the landlord and Star was soon evicted. “A stranger helped us pack our things. It was an awful feeling.” The landlord dispute further limited Star’s ability to land an apartment somewhere else.

Star’s unending housing battles started to shift when she was connected to Community of Hope’s homelessness prevention program. “Community of Hope was the best-kept secret. Where have you been all my life with the key?” The homelessness prevention program works to stabilize families at risk of becoming homeless through case management, budgeting, mediation, assistance with bills, and connections to other community resources. Once Star was connected, she received comprehensive case management support and was referred to get legal counsel to help investigate her previous landlord’s claims. During that investigation, her dedicated case managers not only connected her with family and friends to stay with but were also proactive in introducing Star to a host of employment resources, budgeting and financial management, and behavioral health services – all solutions to help address other barriers in her life. After a seven-month investigation, it was determined that Star was wrongfully evicted, and was therefore released of all outstanding debt and claims from the landlord.

Our case managers helped ensure a clear rental background and Star was able to lease her own apartment. “As soon as we stepped in our apartment, we said our prayers. We were so thankful to everyone at Community of Hope.” After years of trauma, Star reached a point of triumph. With support from a rapid re-housing program, she was finally able to offer her family a stable home and is using all of the tools and resources she learned while in the program to ensure continued positive outcomes.

“Community of Hope gave me all the hope and strength I needed to be successful.” Now, Star is working towards becoming a homeowner and hopes to foster other children one day. She is hopeful that by sharing her story it will help others remember that no matter how painful your story starts, it doesn’t define how it will end.