Taking Control of His Health 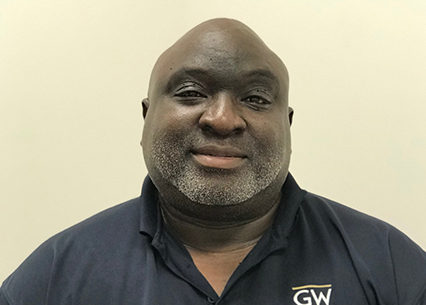 “It’s important to have organizations like Community of Hope because people need medical attention now more than ever. Many people in the community are not educated about their health and are having major problems.”

The moment Samuel Mingle, Sr. walked in Community of Hope’s Conway Health and Resource Center, he knew his health would be in the right hands. “I was impressed when I visited Community of Hope. I’ve been in this area for years, and the building was so nice.” Samuel was an army veteran that struggled with unemployment and housing instability. For years, he believed he was borderline diabetic due to symptoms and family history—but sadly, he didn’t have access to medical insurance and the care he needed. Instead of seeing a doctor, Samuel would always receive medical advice from those closest to him —his family.

“I thought if I would eat salads every now and then I would be okay.” It wasn’t until Samuel met a new friend that changed everything. “I met a guy who had one leg and I asked him what happened to his leg. He said he was a diabetic and found out too late and lost his leg. While he was telling me that, I was scared. The same symptoms he had, I had. So, I knew I needed to take my symptoms seriously.” Once Samuel knew he had to make a change, he was intentional about getting connected with a military veterans’ program that provided housing and medical insurance resources. The veterans’ program connected Samuel with Community of Hope and shortly thereafter, he was diagnosed with Type – 2 diabetes.

Samuel was placed in the My Health GPS program where he began receiving specialized care coordination. The staff carefully explained the science behind diabetes, its impact on the body, and the steps Samuel could take to manage it. “I didn’t know enough about diabetes before I came here. The transfer of information was great. Whatever I need to know they always tell me.” Along with learning more about diabetes, the biggest lesson Samuel learned was how to safely inject his insulin—despite his fear of needles.

“They guided me through it! It was one of the hardest things I had to get through.”

Samuel started taking control of his health – being mindful of what he was eating, adding exercise to his weekly routine, and consistently managing his diabetes medicine. Samuel, who is also a father, now stresses the importance of eating right to his son. “Being a father will change your life because now you know you have to be an example. I’m more conscious of my health since having a child and now I always talk to him about his health.”

Samuel continues to work on being his best self with the tools he has learned and the support of Community of Hope behind him. “Community of Hope has given me the resources that I need that I can’t get by myself. They’ve given me direction and instruction on how to take care of my health, so I live the best life possible.”

For more information about Community of Hope health services, please visit our website at https://www.communityofhopedc.org/healthcare/services.