Paving the way to success 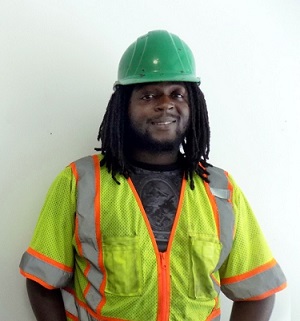 Life used to be simpler for Joseph and his girlfriend. They lived on a quiet block with their young son, and their second was on the way. Joseph had a reliable job at a hardware store. He had grown up in what he describes as an unsafe area in DC, and he knew he wanted better for his kids. “I wanted to live where my kids could go outside and play, you know?” he remembers.

But three years ago, everything changed. His girlfriend lost her job, their car broke down, and Joseph lost his job, all in quick succession. Any one of those challenges might have been manageable, but all together, they became a crisis. They were evicted from their apartment and eventually ended up at DC General, the city’s largest family shelter.

From there, Joseph – who’d always been steadily employed before – struggled to find a new job. “You get depressed in there,” he admits. “If you’re not used to it, it hits you…how you got there, what you used to have.”

They stayed for a disheartening year and a half before being transferred to Community of Hope’s Girard Street Apartments, a transitional shelter for 20 families in Columbia Heights.

With newfound stability, and some help of his Community of Hope employment specialist LaShaye, Joseph got motivated to kick his job search into high gear. They worked on his resume, highlighting all his construction experience, and looked for leads using Community of Hope’s connections with area employers.

At last, two months ago, Joseph landed a job at Fort Myer Construction Company. He started out pouring asphalt, but has already been promoted to a better-paying position as a traffic flagger. He works full-time, and has plenty of opportunities to work overtime, too.

With a stable, well-paying job again, Joseph and his family are preparing to move out of the shelter. A Community of Hope housing specialist is helping them look for apartments they can rent within their budget – and in family-friendly neighborhoods. Joseph is so proud that he can finally give his family the safety and support that he didn’t get as a kid. “It’s been a journey,” he reflects, “but it’s all going up from here.”