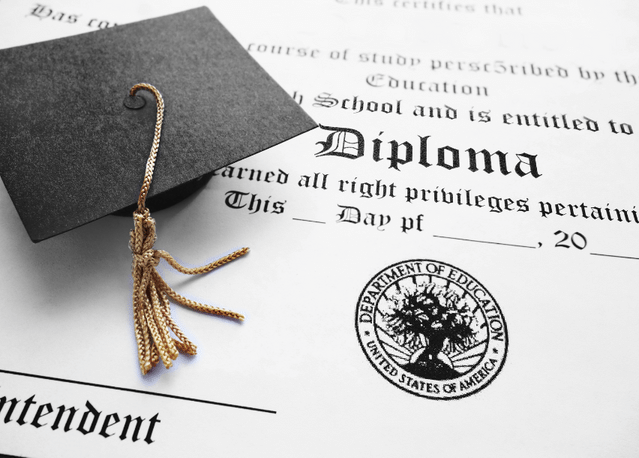 Sherry beams with pride as she talks about her youngest son, Rashad, earning his high school diploma this year.

“I’m amazed and happy,” says Sherry, as she dotes on her son for overcoming tremendous obstacles to get to this point. Rashad and Sherry see this commencement as a start to a brighter future for them both.

In 2011, Sherry and her children lost stable housing. Rashad, her youngest, was only 8 years old when her family arrived at DC General Shelter. Here, she was connected with Community of Hope. Sherry began working with our housing program to secure an apartment in Northeast DC. Rashad remembers this time in his life well. “It was hard, but we got by,” says Rashad. “When we got to the apartment, things got easier. We settled down, and I started school there.”

Our Permanent Supportive Housing (PSH) program, which now supports this family, is designed for families with a number of factors contributing to their homelessness or who have experienced homelessness multiple times. This program provides long-term housing and a variety of services to promote stability, self-sufficiency, and well-being - including case management, connection to employment and training, support in navigating the school system for their children, and more.

Moving into this home provided stability for Sherry and Rashad as he entered middle school, where he excelled. Rashad entered high school with a love of math, sports, and video games. In his sophomore and junior years, he began to fall behind in his studies but never lost his will for education.

With the support of Community of Hope, Rashad and his family had an opportunity to move into a bigger home in the summer before his senior year. Rashad was excited for the move and thought it would be a new beginning to refocus for his senior year of high school.

Unfortunately, the excitement was short-lived as the family experienced the loss of a close family member. Then, in January of his senior year, Sherry and Rashad learned the devastating news that one of Rashad’s brothers passed.
Struggling to manage his grief, Rashad started skipping class and losing interest in school altogether.

Rashad credits the support of his village in helping him cross the finish line at graduation. “[Through school] I had vocational training, including software and civil engineering, which really opened my eyes to so many opportunities,” says Rashad. "[My teachers] helped me break everything down. They helped me pull through."

Sherry agrees that her “baby” is making her proud. “I am just tickled pink. It feels good,” says Sherry when describing how it feels to see her youngest earn his diploma and be accepted into 14 colleges. Both Rashad and Sherry are working toward future goals while remaining close and supportive of one another. Rashad enjoys working with his sister at a restaurant and he sees opportunities for advancement and sustainability while he plans and saves for his future degree in software engineering. Sherry is also currently in school and is training to become an eviction counselor and work with clients to prevent eviction—something she knows about from her past. As she closes one chapter and the next one begins, Sherry happily says, “it just keeps getting better.”

Rashad is excited about the future and reflects fondly on high school. “I didn’t know if I was going to graduate [but I did thanks to] my math teacher, my principal, my coach, my guidance counselor, and the attendance counselor. For me, it was actually a cool high school experience."