Little Steps for a Big Cause 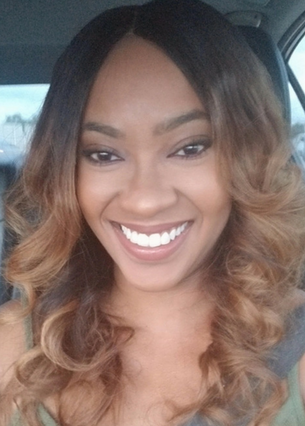 When asked “Why do you mentor?” her answer was simple: Why not? Kristal Lightning has been a COH mentor since she moved here in 2014. “It took a while for us to become connected, but it was worth the wait. We’re such a good match and I’m happy about that.”

Back in Atlanta, Kristal previously worked for an organization that helped families in need. She saw firsthand the tension experienced by families who were homelessness. “It was hard to see single-parent families with opposite sex children,” she told me. In the shelter, boys couldn’t stay with their moms but had to go to the men’s area for sleep and hope that someone looks out for them until morning. “This isn’t a life that anyone should have to go through.”

This sparked a flame in Kristal’s heart. When she moved here, she looked for organizations  whose mission was to “support families through whatever difficulties they were going through.” Making a quick Google search, Community of Hope was the first name to come up. She reached out to find out where the need was and was pointed into the direction of the mentoring program. From there, she learned all about the multiple housing programs Community of Hope offers. Specifically, she learned about the permanent supportive housing program, as she would be paired with a child from there. “I was so impressed that [Community of Hope’s] goal was to keep these families together and that they supported these families to ensure their success,” she said.

Community of Hope helps about 30 children a year in the mentoring program. Mentors support youth academically and personally; provide exposure to different cultures and new experiences; and ultimately help break the cycle of poverty.

Kristal met her mentee Moena in September 2015 and began to develop a bond with her. Within four months, they became the best of friends. Kristal had many hopes and goals going into this program, but her main goal was to be a friend first. “I didn’t want her to feel like I was another adult spying on her,” she said. “I wanted her to feel comfortable with me, to where I could be that outlet she turns to whenever she needed to talk.” Two years later, the pair has had their fair share of talks, outings, laughs and first times!

“I mentor because why not? It doesn’t take much time to make a difference and inspire. Everyone needs encouragement and support to keep going, and I’m happy to be those first steps.”

Kristal describes the bond that the two have as the proudest moment of her life. She has seen Moena improve in school tremendously with her reading, grades, and even confidence. Moena’s mother has also noticed a difference at home with her sisters and “sees the benefit in having a mentor.” One moment Kristal is proud to share, is that Moena now has the confidence to speak up for herself, make positive decisions, and is able to voice opinions in a respectful way. “She doesn’t have a lot of choices in her life, so giving her options to choose gives her the empowerment and courage she needs. It’s a very proud moment for the both of us.”

We’re very proud of Kristal, Moena, and all of our mentors/mentees! If you would like to learn more about volunteer opportunities and to become a mentor, visit www.communityofhopedc.org/mentor.