Despite New Health Clinics Nearby, Some Still Cross The City For Care

Despite New Health Clinics Nearby, Some Still Cross The City For Care
By Selena Simmons-Duffin

The lack of good, easily accessible primary health care has long been an issue for D.C. residents east of the Anacostia River.

Although there were health clinics in the area, they did not inspire confidence.

“One of the sites was a former grocery store, so there were no windows,” said Lauren Ratner, who runs the Health Care Access Bureau at the D.C. Department of Health. Ratner says another clinic, “was actually in a Quonset hut — a corrugated iron building with window units for climate control cut into the corrugated iron walls.” 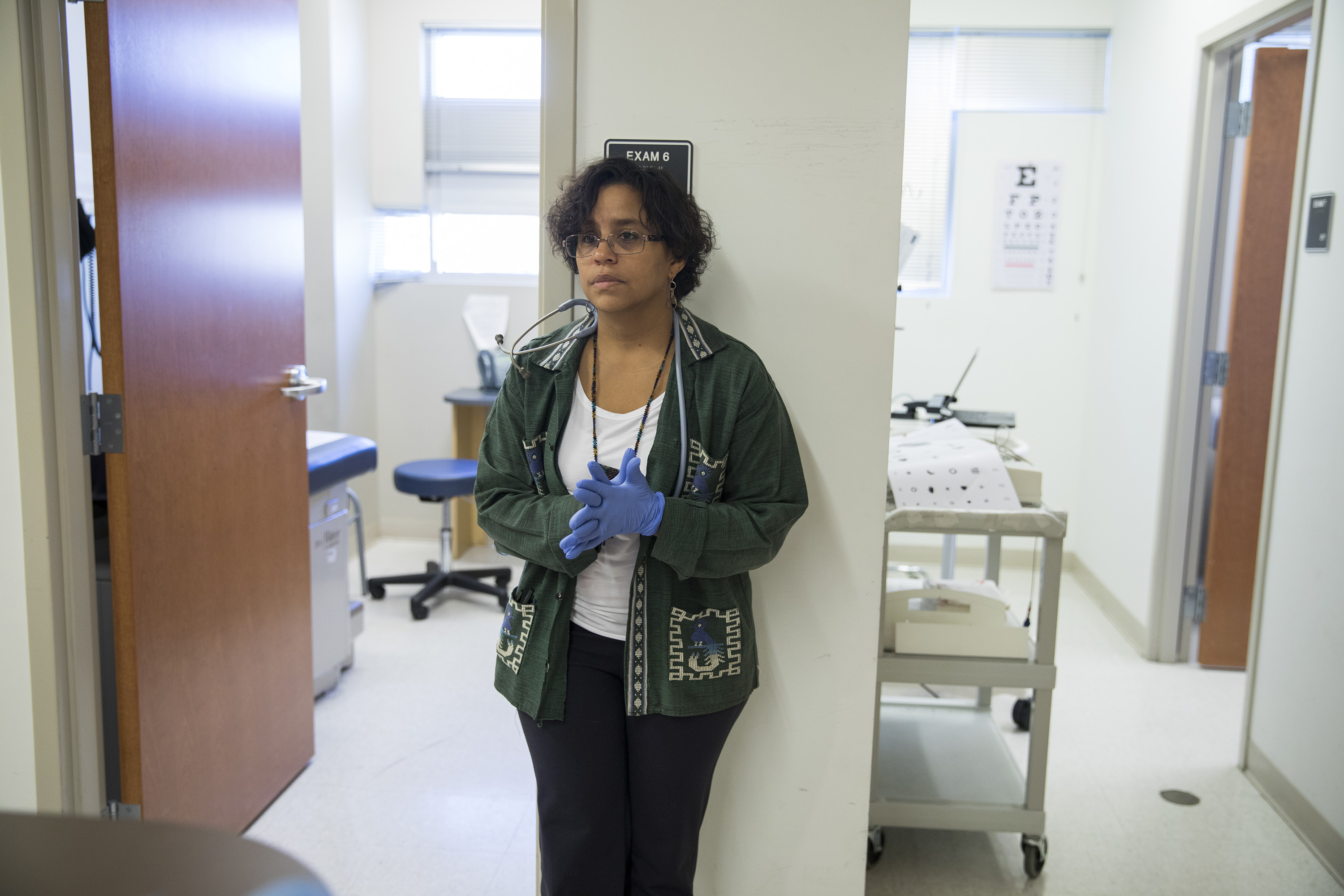 The result? Ward 8 residents are the sickest in the District by virtually every measure, from arthritis to diabetes to depression. One particularly striking example: in Ward 8 in 2010, life expectancy was 70 years. Just across the river in Ward 2, life expectancy was 86 — an astonishing 16-year difference.

There’s been a dramatic change in the available facilities in recent years. Two brand new, bright, state-of-the-art primary care clinics were built in Ward 8, including Unity in Anacostia and Community of Hope in Bellevue.

These clinics have the potential to make a big difference in the lives of residents here. But there are still challenges: residents need to know the new resources are available to them, and they have to understand how to use them.

The Role Of Big Tobacco

The District can thank cigarette makers for the capital to create the new clinics in Ward 8. In November 1998, the District signed on to the Master Settlement Agreement — a huge financial settlement between the tobacco industry and the states.

“That tobacco settlement money was really transformative,” said Kelly Sweeney McShane, president and CEO of Community of Hope. “The city, I think, used it very wisely, and has created a bunch of really beautiful health care centers in new locations to expand access. We couldn’t have done it without it.” 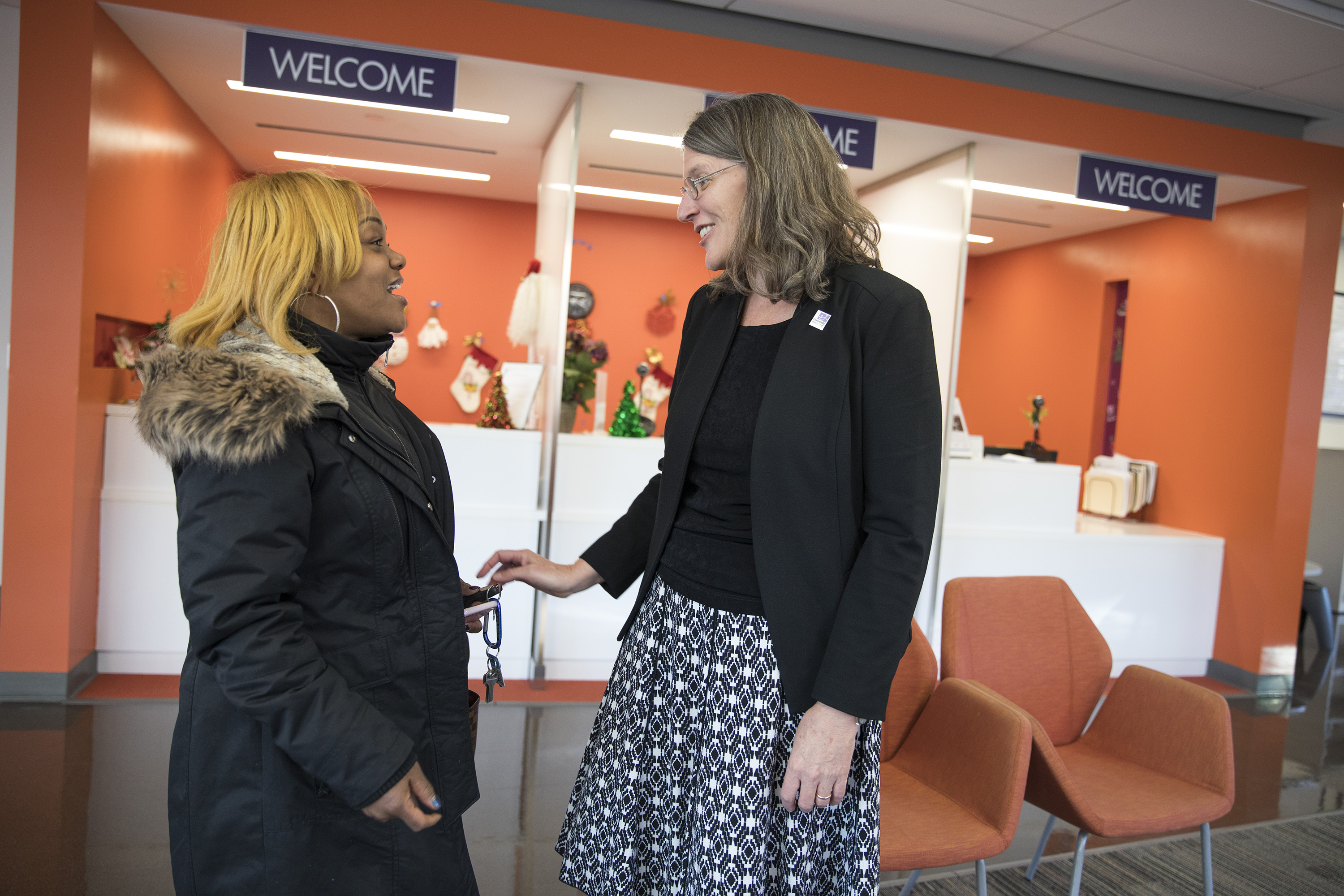 McShane said that when Community of Hope opened its location in Ward 8, staff members found a population with many more health challenges than in the other District neighborhoods it serves.

“They haven’t accessed care as much, they have way more medications — lots of people living in poverty so lives are little more chaotic, it’s a little more expensive to get places,” she said. “That all contributes to not accessing primary care. And then you wait longer and longer and get sicker and sicker.”

McShane also pointed out that a doctor’s office can’t solve all health problems.

Waiting Until There’s An Emergency

Without easy access to primary and preventative care, residents of Ward 8 relied on emergency services for all kinds of medical needs.

D.C. has the highest per capita 911 call volume in the country, according to D.C. Fire and EMS. Many of the calls for medical issues that aren’t urgent and could be treated in primary care settings come from the eastern part of the District, including Ward 8. 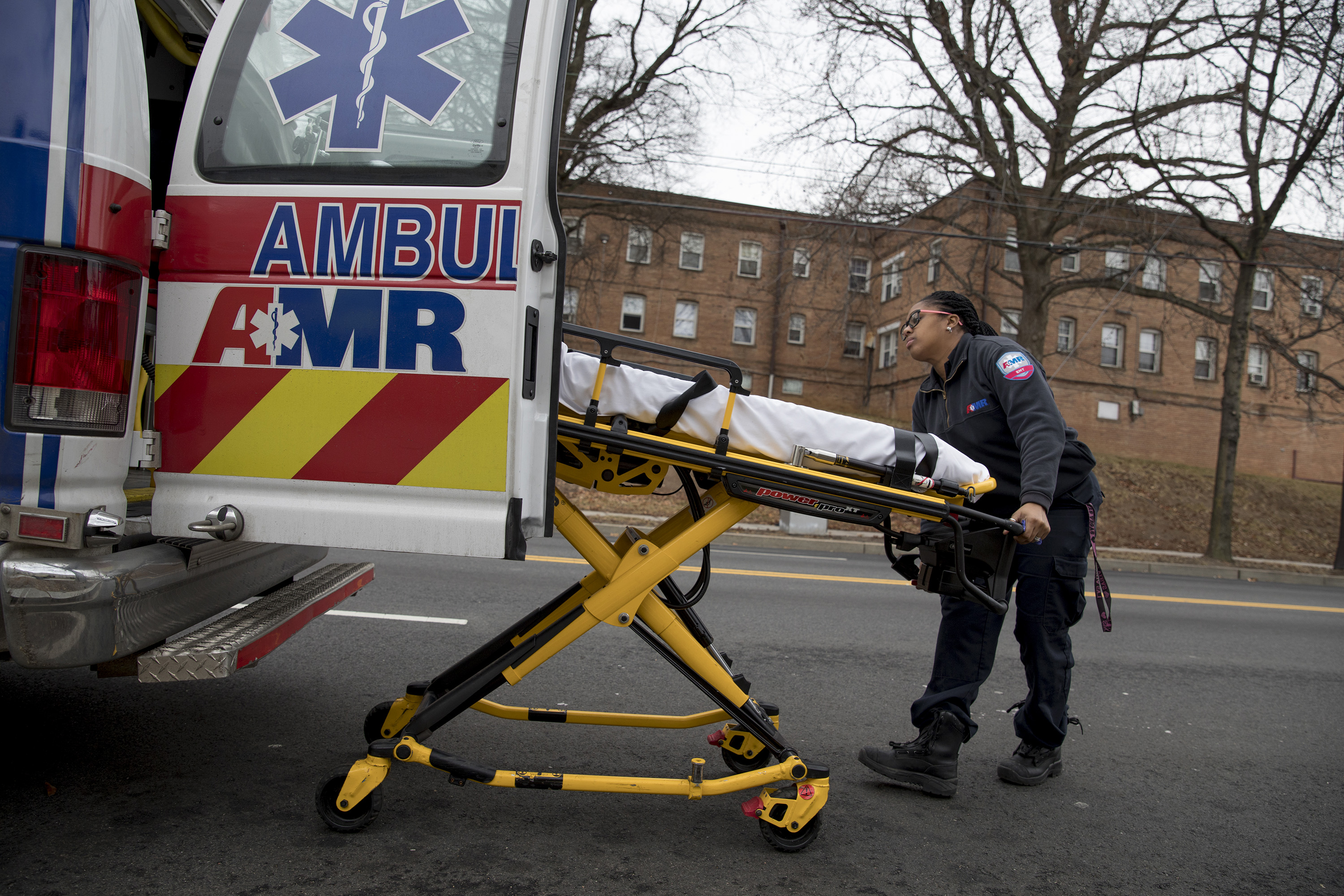 The overuse of emergency services is a big concern for the District. Emergency medical providers are overstretched, people with really urgent needs wait longer to be seen, and patients with long-term needs don’t get connected to the services that could help them.

But getting people to go to a clinic when they’re used to using emergency services is hard. “Everybody knows if you call 911 or walk into an E.R. they have to see you no matter what,” said Dr. Aysha Corbett, the Deputy Chief Medical Officer for Unity Health Care. She has been treating patients in Ward 8 for many years, and now works at the new Anacostia clinic.

Corbett said that even though there are now many more primary care resources available, that culture of just going to the E.R. for help remains. “It takes a lot of repetition — just like any learning, for anybody — for changes in culture and behavior,” she said.

Corbett recalled one longtime patient who went to the E.R. for a nebulizer asthma treatment, despite the fact that she’d gotten that same treatment from the Unity clinic in the past.

“You know, ‘I’m your doctor, I’ve seen you for this exact same problem here, at this exact location during the day, but you went to the E.R. this particular time. Was it closer so you decided to walk across the street?’” Corbett recalled, exasperated. “The exact underlying reason of why she went to the E.R. I could never quite put my finger on.”

But there are promising signs that change is happening: Both Unity and Community of Hope have done internal studies showing their patients use the E.R. less and less. 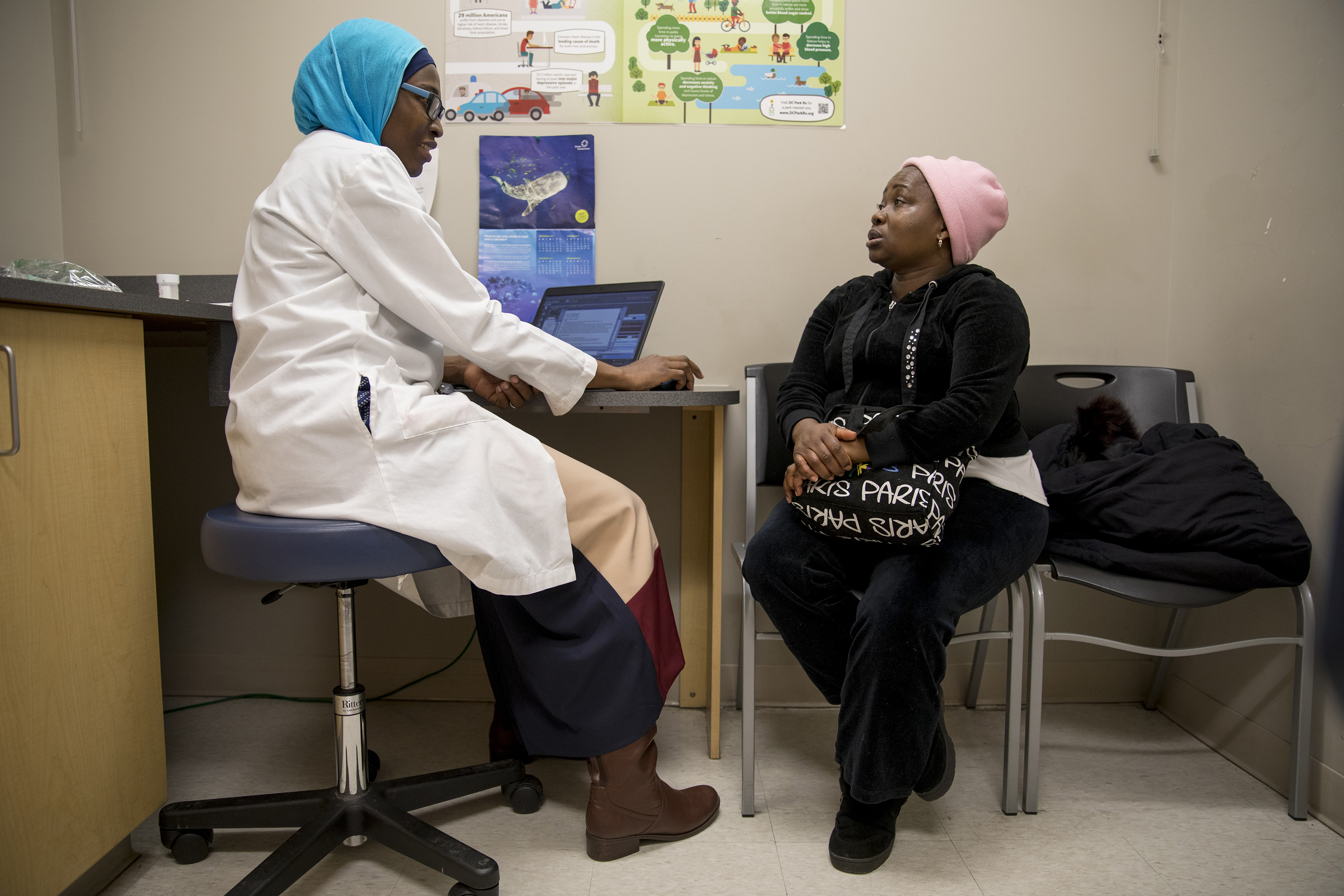 Dr. Olaide Akande, left, talks with one of her patients at Unity Health care clinic in Anacostia. Tyrone Turner / WAMU

The Promise Of Continuity

Besides being expensive and slow, emergency room care is disjointed.

“Every time you went [to the hospital], you never had the same doctor,” said Gracie Brown, who has lived in Ward 8 practically her whole life. “So you never had that personal experience with your doctor. And you never had that time — they was just there for whatever they were there to treat you for that time, and you had to leave.”

Now, she has a regular doctor: Community of Hope’s medical director Megan Hollis. 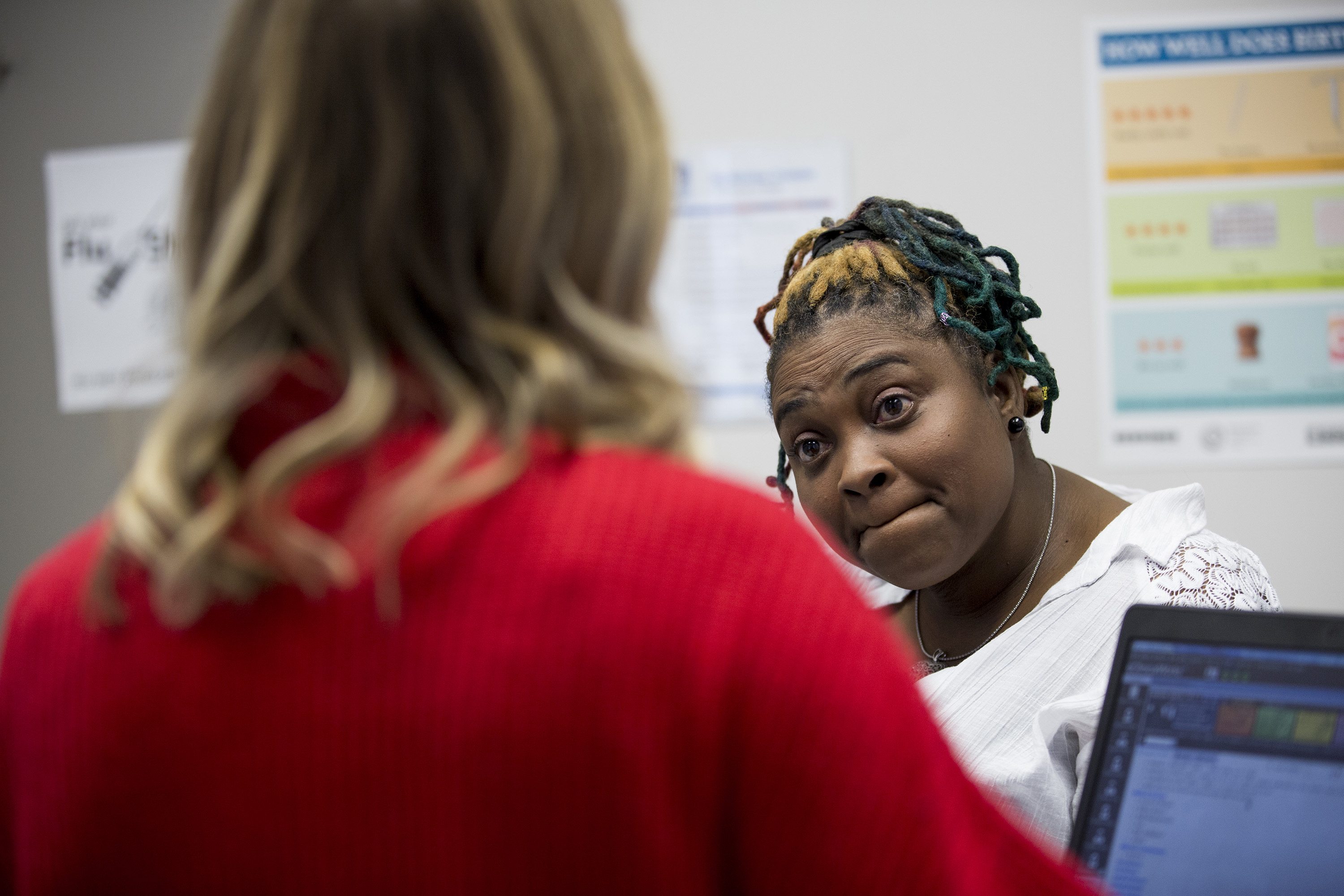 Gracie Brown, meets with her doctor, Megan Hollis, to talk about her health at Community of Hope clinic in Bellevue.Tyrone Turner / WAMU

Brown has hypertension, high cholesterol, and stage four kidney disease. Three of her siblings have already died from kidney disease. In a few years, she may need dialysis.

Having a real relationship with a doctor she trusts has meant a more holistic understanding of her health, and she’s learned things she never knew.

“Gout!” Brown laughed. “I did not know I had gout.” The gout is aggravated by her job as a crossing guard for the D.C. Department of Transportation. She has to stand outside, rain sleet or shine, every day.

It’s a lot to manage, but now Brown has help. During a recent visit at the clinic, Brown met with nurse Megan Moore, who brought a whole list of items to follow up on. It’s part of a program the D.C. government launched called My Health GPS to help Medicaid patients with complex issues navigate the healthcare system. 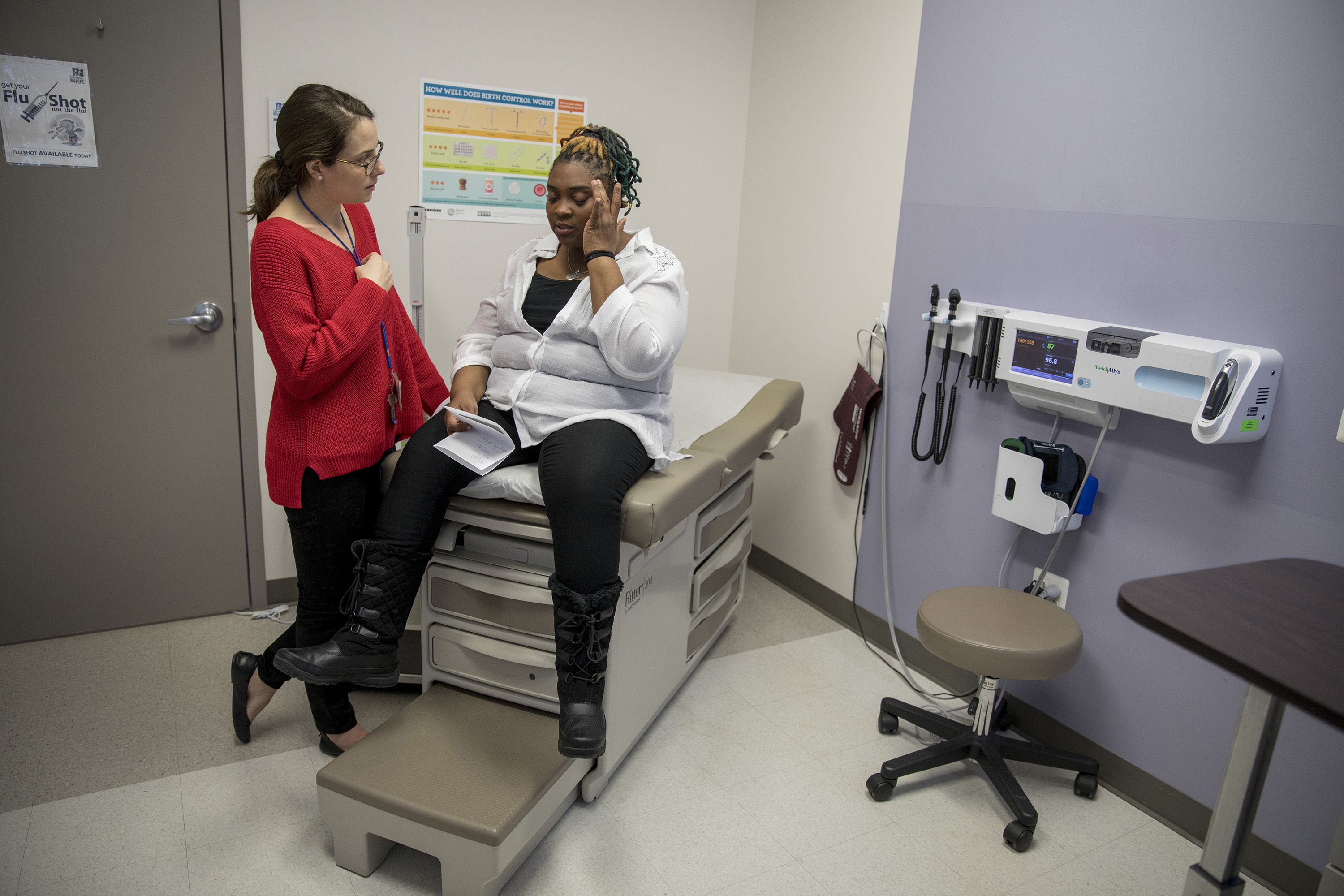 Moore asked Brown questions like: Did she see the rheumatologist? How did that go? Is her medication at a good dose? Can she manage the copay? What about eating healthy?

“I know one of your biggest challenges, it’s not the will to eat well, it’s the ‘What the heck do I eat?’ right?” said Moore.

Moore wrote a note to herself to get Brown a referral for a nutritionist, who can put together a “special gout, hypertension, kidney failure diet.” She told Brown she knows her insurance covers that. 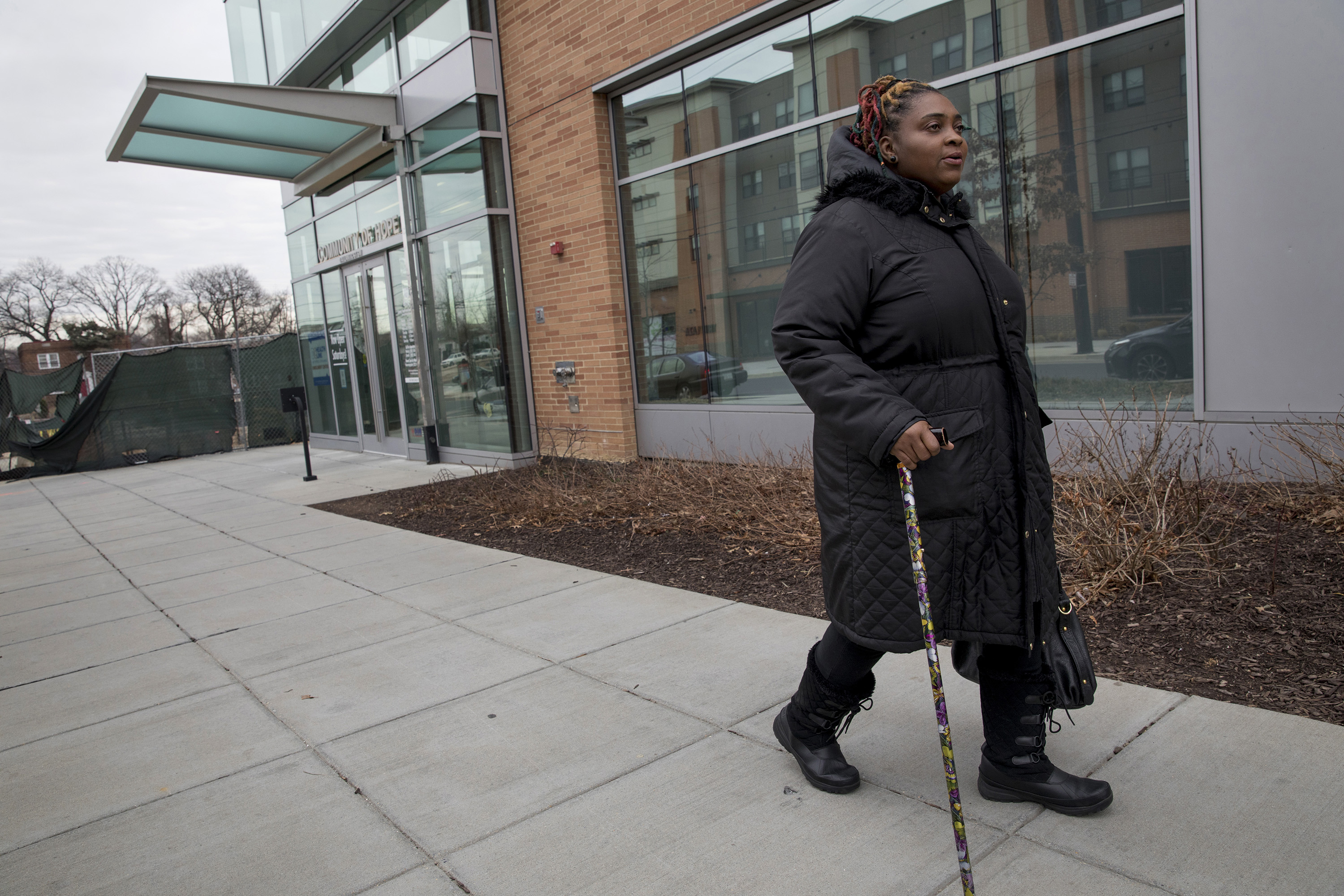 Gracie Brown exits the Community of Hope clinic in Bellevue after an appointment. Tyrone Turner / WAMU

For Brown, and many patients like her, having an attractive nearby clinic with friendly supportive staff has been a godsend. But there are many residents who still travel across the city for primary care or rely on emergency rooms for everything.

Community of Hope’s Kelly Sweeney McShane knows her work isn’t finished. She said the clinic is not yet at full capacity.

“We have been doing so much marketing in the last four years, on buses, in the newspaper, word of mouth, flyering, and I still have people say, ‘Oh, are you there?’” McShane said. “It takes a little while to have people understand what primary care is and to have them access it.”

The D.C. Department of Health is planning to launch a health literacy campaign later this year to teach people: ‘If you have this kind of issue, a primary care doctor can help, don’t go to the E.R.’ Or: ‘If you’re dealing with this, here’s the kind of specialist you should see.’

Ward 8 still lacks plenty of health facilities and services. While both Unity and Community of Hope offer prenatal care, there’s currently nowhere for women to give birth in the eastern half of the District. Specialty care and outpatient surgical services are still scarce. And the ward’s only full service hospital – United Medical Center – has been plagued by financial and safety problems for decades. A new hospital in Ward 8 is many years away.

Building the new primary care clinics was an important step for an area like Ward 8, which badly needed them. But their experience shows that opening a nice clinic isn’t enough. If you build it, patients won’t necessarily come. 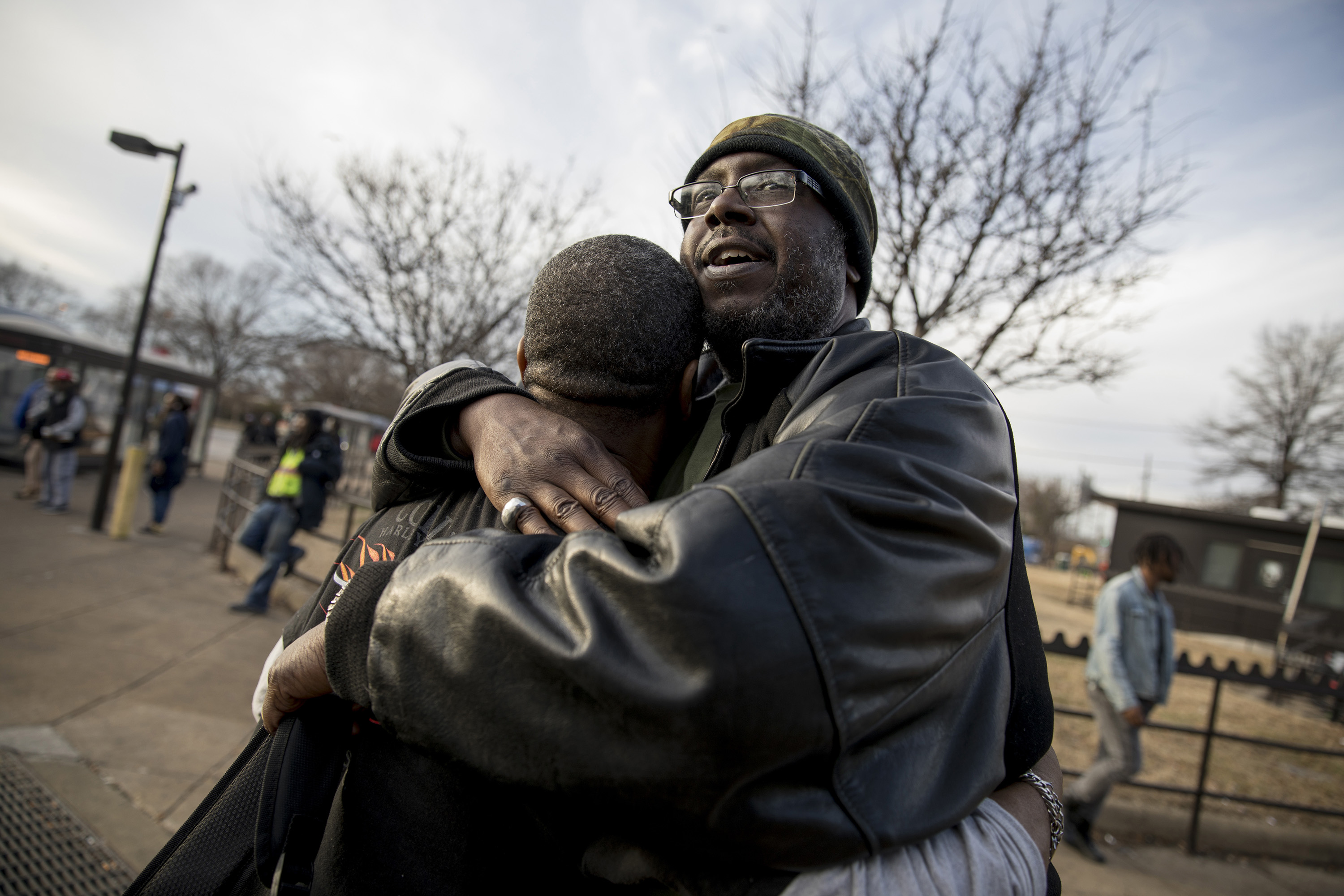 Ward 8 resident and Community of Hope client, Wallace Wilson, hugs a friend at the Anacostia bus station. Wilson is a big fan of the community clinics but thinks that the need is still great for access, especially to mental health care. “I would like to see just as much emphasis put on the mental health as the physical health… Because I did live in this city at a time when it wasn’t madness like this out here… I think if we could get this mental health thing rolling, we would actually see a difference in this community.” Tyrone Turner / WAMU