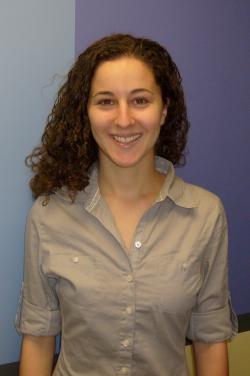 She is quickly updating the case notes for her six families in the short 45 minutes she has before her visit to the Jones* family in their SE apartment. As she logs off her computer and readies her bag to leave the office, her cell phone rings. It’s the school calling because Charlie Roberts has not shown up to school for three consecutive days, and they were unable to get in contact with his mother. Debbie assures the school administrator that she will talk with Ms. Roberts as she sprints out the door, now a few minutes late for her meeting with the Joneses.
As luck would have it, the traffic was moving quickly, and Debbie made it on time to her 10:30 am appointment with Ms. Jones. Today their appointment is about helping Ms. Jones find a job. Ms. Jones has been out of the job market for four years. Debbie has been talking with her for several months about the importance of financial stability, and Ms. Jones is excited to begin the process of finding employment. They craft a resume and check out some websites for job posts. Also, Debbie refers Ms. Jones to Dress for Success, a nonprofit that provides suits for low-income women. Debbie promises to check in with Ms. Jones in a couple days about how the job search is going.

After returning to her car, Debbie calls Ms. Roberts on the phone before heading back to the office. She learns that Charlie is sick in bed. Debbie explains that Ms. Roberts needs to call the school and let them know. With a sigh of relief that the issue was so easily resolved, Debbie starts the car and drives off. Halfway back to Massachusetts Avenue, she receives a call from another one of her clients, Ms. Anderson, saying that she’s in the hospital again because of chronic stomach pain. Debbie quickly turns the car around and heads straight for the hospital.

Once she reaches the hospital, Debbie checks in with the front desk and swiftly navigates to Ms. Anderson’s room. She spends time comforting her and cheering up her 3-year-old who by necessity had to accompany her mom to the hospital. When the doctor comes to examine Ms. Anderson and present the test results, Debbie makes sure that she understands the doctor’s instructions. Once the doctor has left, Debbie takes the opportunity to discuss their long-term plans to address Ms. Anderson’s medical concerns.

After sending Ms. Anderson home in a cab, Debbie realizes it’s already 4:30 pm. She heads back to the office for a few last administrative tasks before wrapping up her day and heading home. As she turns off her computer, she pauses to contemplate the completion of another hectic day. She smiles as she walks out of the office, happy to have helped her clients better their lives just a little bit more. After all, tomorrow will bring new challenges and new triumphs.

*Names and identifying information have been changed to protect the privacy of our clients.