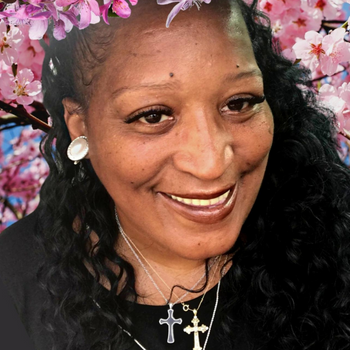 An opportunity to donate to Bellevue’s 10th annual Back to School Bash in August became a full circle moment for one former Community of Hope housing client, Diane. She was elated to be able to give back to her community—especially through an organization Diane credits, along with her faith, as a catalyst to her personal evolution.

“A part of me being who I am today and where I am today is because of Community of Hope,” says Diane. “They have helped me in so many ways; they helped me get housing and they’ve helped my children.”

In 2007, Diane says she hit rock bottom; a time where she needed assistance and few places to turn. “I was addicted to heroin and living on the streets,” Diane recalls. “I was going out every day and stealing stuff to pay for hotel rooms so my son and I could sleep in a bed.” It was during that time that she entered a methadone program and began setting her sights on a better life for herself and her children.

By 2009, Diane was staying in a shelter in DC with her sixteen- and nine-year-old sons when Community of Hope selected her as a resident at Hope Apartments, which was then a transitional housing for parents managing addiction.

Diane remembers the experience fondly as a pivotal moment in her search for sobriety. “When we first got there, I had to journal every day for thirty days,” says Diane. “I tried [to manage the addiction] many times before, but the [difference this time] was Community of Hope. I was able to peel back the layers for why I was using in the first place.”

This new environment and mindset shift allowed Diane to make a change that lasted. “They made us feel like we mattered, that our story or our past didn’t define us. It made us feel that our lives could be much better, and we believed that,” says Diane.

Diane completed her time at Hope Apartments in 2010, and today, she celebrates sixteen years and seven months sober. Diane is not alone in her success from the program and periodically gathers with the other program graduates, a group they refer to as “The Sisters.”

These days Diane Leads a ministry called “Healing Hearts, Helping Others Heal.” Unfortunately, years after Diane’s fresh start began, she experienced a heartbreak that no mother should experience but sadly too often do. One of Diane’s sons was killed due to gun violence. A tragedy that could have kicked Diane back to her addiction became her motivation to help others. Now she helps moms who have lost children to violence at her church, Community of Hope Church of Nazarene in Southeast DC.

Diane’s story is powerful, but it wouldn’t exist if not for her spirit. The choice to hope and work for a brighter future makes the difference between a lifetime of healing or heartbreak. Diane believes Community of Hope thirteen years ago was part of her destiny.

Diane says, “I would like to thank each and every member of Community of Hope because it took a village. It wasn’t just the director or the counselor, it was the whole organization. If it had not been for them, I don’t know where I would be. They taught us the steps and how to use them in our lives to get to better places and do better things, to network, to surround yourself with people that will bring you up and not tear you down. I think that was so important, and I truly thank them for that.”