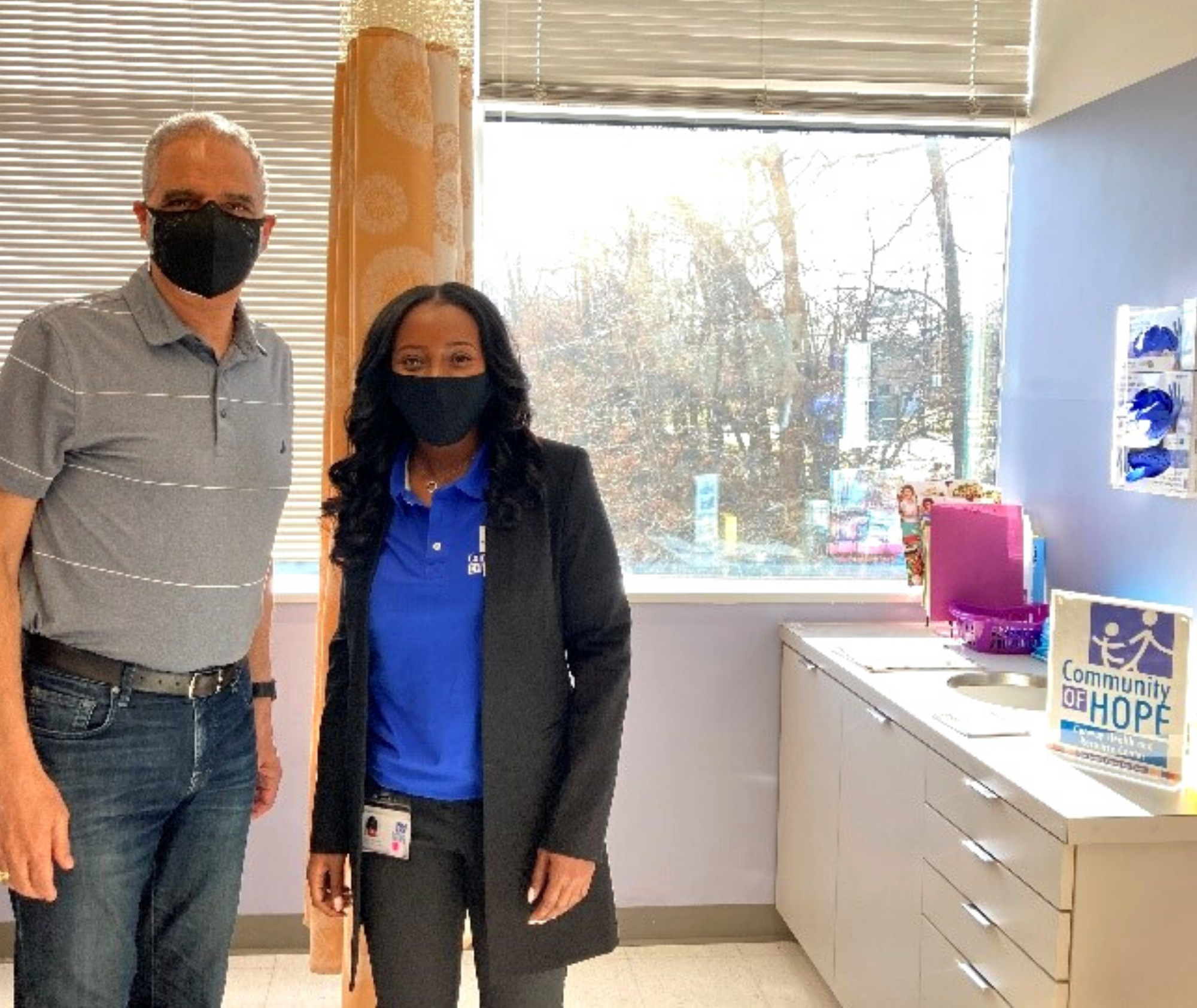 As we continue to celebrate Black History Month and honor local black leaders who have made history, Community of Hope had the pleasure of speaking with Eric Holder, the first African American Attorney General of the United States. Mr. Holder was not only a leading federal official responsible for the protection of security, rights, and interests of the American people – he is also a DC local committed to making a difference in the lives of Washingtonians!

As the nation welcomes its next Attorney General, Community of Hope was eager to hear about the former Attorney General’s accomplishments that have directly served our local mission to improve healthcare and end homelessness to make Washington DC more equitable. We invite you to read the edited version of our conversation with Mr. Holder to learn how his broad influences continue to have a historical and local impact right here in DC.

As the first African American Attorney General, what are some challenges that you have had to overcome in terms of Diversity, Equity, and/or Inclusion?

I think like any other person of color in this country, there are perceptions, policies, and systems that you have to overcome. You must demonstrate that you have the talents and skills that you have.  We have made a lot of progress as a nation, but systemic racism is still a force. I am not unique in my struggles. It took hard work, mentorship, getting connected to the right people, and pure luck to be able to overcome those barriers.  They are common barriers for women as well.

You mentioned mentors, and Community of Hope values mentoring, matching youth coming out of homelessness with volunteer mentors. We believe mentoring can really impact people’s lives. Can you tell us a bit about your mentors?

Certainly. Mine was my father. He didn’t finish high school but was the wisest man I’ve ever known. He stressed education and instilled in my brother and I that we are equals. As a young lawyer at the Department of Justice (DOJ), it was three white guys – they made sure I was included, had opportunities for advancement, and made sure I was promoted within the department. Mentors don’t have to look like you or be the same gender. These men became my lifelong friends. If it weren’t for their intervention, I may not have had the success I had in my career.  It helps me recognize I have to give back.

Would you share an example of a policy you influenced that has an impact nationally in healthcare and housing?

I’ve held many positions in my career – at the DOJ, as a US attorney, an Associate Attorney General, and then as Attorney General. At the DOJ, our team brought in a record number of cases against institutions practicing redlining. We enforced fair housing laws – public housing, private housing, and residential to ensure that everyone would have equal opportunity.

I prosecuted fraudulent schemes in healthcare that were too often directed at people in the lower parts of the economic ladder. They were running facilities that didn’t provide adequate care and charged high rates. I ensured that healthcare was safe and appropriately charged.

As Attorney General, I defended the constitutionality of the Affordable Care Act which expanded use of Medicaid/Medicare to ensure that everyone has access to adequate healthcare. There is a lot of debate about the Affordable Care Act, but it is not just academic. It is about people having access to annual exams, a place to go when they have symptoms, and access to good doctors. Without that kind of fairness built in, there are lives lost and economic consequences, including lost time at work. There is a moral and economic reason to support the ACA.

Do you have an example you could share about how a policy you influenced made a difference for Washingtonians in under-resourced communities?  Of course, we thank you for defending the ACA as the Community of Hope center you visited was a new healthcare access point, built with $6 million of ACA funds and is impacting thousands of Washingtonians every year.

As a US attorney, I was a chief prosecutor, but I tried to fuse that responsibility with analysis about what tends to breed crime, especially in chronically under-resourced areas. I worked to come up with ways to engage people who are responsible for labor, education, and health issues to help solve systemic problems.

It is not a coincidence that crime is at its greatest in areas where there is social and systemic dysfunction. It has to do with neglect in policy on systemic issues, and I worked to identify those issues. There are times when it doesn’t make sense to process people through the criminal justice system, and we have to find ways to prevent people from entering it. I worked with the Department of Labor on issues concerning unemployment to try and help establish some solutions.

If you have a healthy population, they will be more primed to succeed, and less primed for anti-social behaviors.  The best crime fighters are teachers, doctors, dentists, and health care workers - in addition to police and FBI.

We have to have places like Community of Hope, which is so perfectly named. You are not just a healthcare facility. You are looking at individuals holistically, and we don’t look at this enough; society tends to look at symptoms. You are looking at how to help this community holistically. For progress to occur, we have to believe that change is possible. Hope remains a vital and important thing. If you can’t imagine that a better world is possible, you can’t generate the steps possible for change.

What is your proudest accomplishment of your professional career?

I’d like to think that the work I’ve been involved with and overseen has impacted the lives of real Americans in a consequential and concrete way.  It was REAL - not ephemeral.  We made people safer, healthier, and removed barriers. We made systems more just and equitable and worked with a lot of great people.

Yes. It is so heartwarming to know that the ACA – a very tangible law – was a critical factor in creation of the health center; but Community of Hope is so much more.  It would be important if it just dealt with health; but these centers of excellence, they are looking at all of the problems that we have too long ignored You are a center of excellence You are dealing with the problems of your community holistically - not just healthcare, but all these other factors. I am proud of the work you are doing.

Check out former Attorney General’s Holder’s testimonial on why he received his #ShotOfHope.

Thank you, Eric Holder, for an inspiring conversation, the affirmation of our work, and most importantly, your legacy as a Black Washingtonian making history!